Eco-friendly Cargo Ships: Climate Crisis and the Dawn of a New Age of Sail

Earlier this month a cargo ship docked in Torquay, bringing wine, coffee and olive oil from Portugal. Nordlys (pictured) was built on the Isle of Wight in 1873, which could make her the oldest vessel of her kind still operating. But that’s not all that makes this ketch remarkable; she’s one of a growing number of ships whose operators are shunning engine power in favour of clean, green wind.

Delivering cargo on sailing ships is hardly a new concept. Before steam and diesel-powered vessels, there was no other way of getting things from A to B. In many respects it was hardly a golden age; while many remain enthralled with the likes of the Cutty Sark, we’d do well to remember that the first age of sail was also stained by the blood of slaves and sailors, and tainted by exploitation and the appropriation of resources as seemingly innocuous as spices.

Now, sailing – big ship sailing – is getting a second wind, and the focus is on the climate crisis and ways to mitigate environmental disaster.

Few will have missed the high-profile campaigning of Greta Thunberg, the teenage Swedish climate activist who is putting many people several times her age to shame (below). Having hitched a ride across the Atlantic in a bid to highlight the problems of aircraft emissions, she then began the voyage back to Europe on another sailboat when the venue for COP25, the United Nations Climate Change Conference, was switched from Chile to Spain.

While Greta is the public face of climate crisis activism, concerns are also finding a voice in successful commercial ventures too. Nordlys, the cargo ship that docked in Devon in November, is operated by a Dutch company called Fair Transport. They have been delivering cargo under sail for almost a decade, and also run the brigatine Tres Hombres, on routes between Europe and the Caribbean. Greyhound Lugger Sailing, based in Cornwall, makes deliveries from Brittany and Ireland as far afield as northern Spain, Madeira and the Azores. And Greyhound, in turn, work closely with Trans Oceanic Wind Transport. Organisations such as these don’t only deal in cargo, though – they also offer berths to crew of varying abilities, making them an attractive option for milebuilding and improving sailing skills.

Greyhound and TOWT might be rather modest players in the global cargo shipping industry, they are far from the only ones turning back to sail power. The Fairwinds Trading Company is bringing new technologies to sailboat design, which could eventually see serious competition for companies operating engine-powered vessels. Another company, Neoline, hopes to see its new eco-friendly fleet in operation within the next two years. And the International Maritime Organisation is taking serious steps to force shipping firms to cut emissions, though there’s no concerted effort to bring about a mass shift from fossil fuels to wind power. 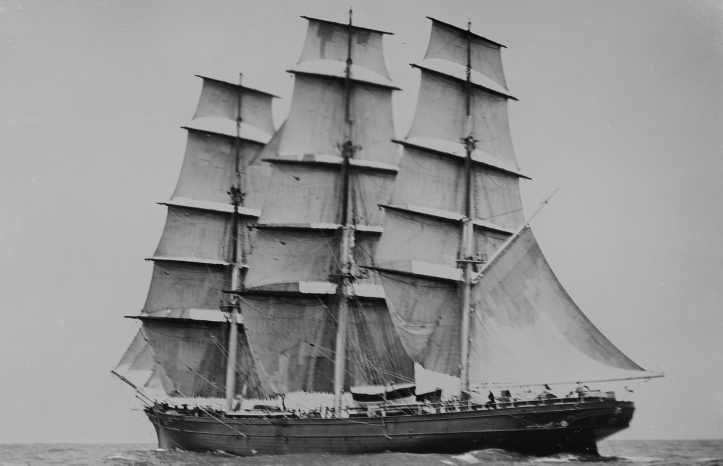 It’s worth noting that cargo ships are more than capable of around 18 to 24 knots, which means they can technically deliver goods faster than vessels under sail, and without the restrictions imposed by the weather. However, many shipping companies operate go-slow rules to save fuel costs, limiting speeds to something in the region of 12 knots. At that rate, the Cutty Sark (pictured above) could have given them a run for their money. Modern sailing ships are capable of even better performance than the old clippers and, of course, the trade winds are where they have always been.

Cutting shipping emissions and converting to sail costs money, and will have a localised – possibly even global – economic impact. On the other hand, there are more pressing costs of maritime shipping pollution. For example, levels of sulphur dioxide, nitrogen oxides and particulate matter are rising in ports (see below) and on shipping routes. To put that in perspective, the journal Nature found that pollution from ships causes around 400,000 premature deaths each year – which could be cut by a third if cargo ship operators were forced to use low sulphur fuels. The journal also found that the 200 largest ships in the world produce the same amount of sulphur pollution as every car on the planet combined. 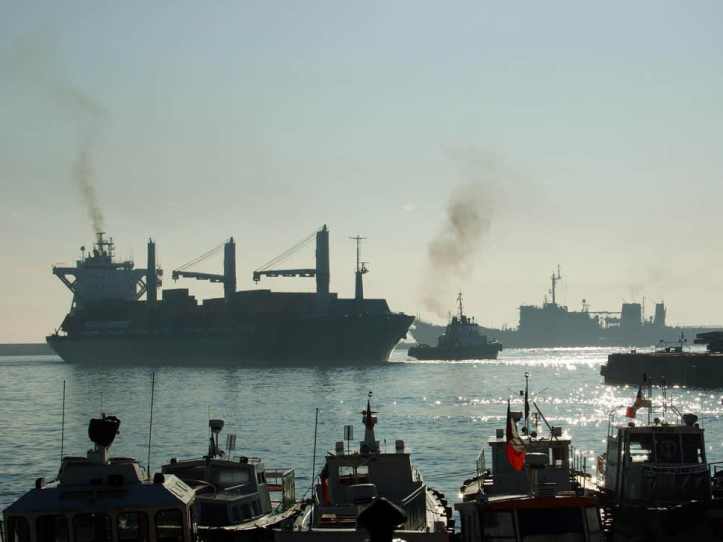 Whatever the financial costs of reducing maritime transport pollution, there’s no avoiding it – as Royal Dutch Shell chief executive Ben van Beurden told DW.com. He said: “Decarbonising maritime shipping is a huge task with no simple answer, but it has to be done”.

For once, maybe big business and the battle to save the planet might have something in common.

Read all our Environment posts here.

Anthony has passed his Yachtmaster! Now he’s looking for sponsors to help with ongoing training (STCW, crusing instructor and advanced medical care). Make a donation here, or drop us a line for more info. Every little helps. Thanks :)